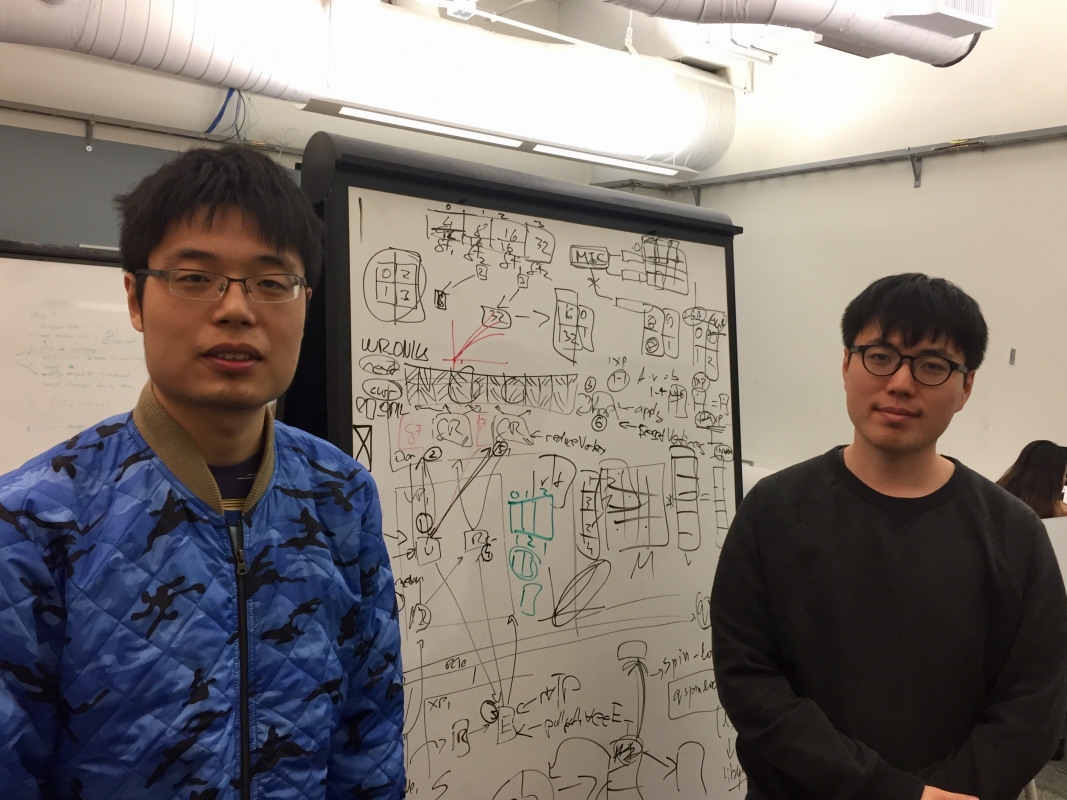 Students Wen Xu and Insu Yun advanced through all six rounds of the NSA 2016 Codebreaker Challenge to beat more than 3,300 competitors worldwide.

Students from the Georgia Institute of Technology placed first in the National Security Agency (NSA)’s “2016 Codebreaker Challenge,” beating 480 other universities in a three-month hacking contest designed to give students a realistic glimpse of nation-state cybersecurity.

More than 3,300 students worldwide competed by solving six, progressively difficult scenarios similar to what the NSA faces as part of its mission. Participants from Georgia Tech included students from the Master of Science in Information Security program (MS-INFS), Doctorate of Science in Computer Science program, course CS 6265: Information Security Lab, and the Grey Hat Club.

Only 15 individuals -- out of 3,325 competitors -- made it through all six tasks in the challenge, according to the NSA. Georgia Tech students submitted the most successful solutions to each of the six tasks, sweeping this year’s contest.

While more than a dozen Yellow Jackets were able to advance all the way to Task 6, it was Ph.D. Student Insu Yun who was first in Atlanta to successfully complete the entire contest. Yun’s smart work helped Georgia Tech nudge ahead of Carnegie Mellon and the U.S. Naval Academy to finish in first place.

“It took longer than expected and I was surprised it was quite tough,” says Yun, who is a teaching assistant for CS 6265 and hails from Samcheonpo, South Korea where he served in a cybersecurity role in the South Korean military. “I knew the difficulty of the last challenge because I competed in 2015. This year’s challenge – and the sixth task – was really tough. I’m not sure if I was in that class how many I could’ve solved.”

Regardless of whether students completed the whole contest, Assistant Professor Taesoo Kim says the benefit is clear.

“What’s important is that students learn the most critical skills that the NSA needs,” he says. “Even if they do not go to work there, the scenarios are realistic and require the same technical ability needed in many organizations: identify the risk, how to break it, and diffuse the situation.”

“Capture-the-flag challenges like Codebreaker are a starting point for being interested in this field,” says Xu, a first-year Ph.D. student advised by Kim. “It can be hard to solve practical issues at the beginning, but these challenges teach what real information security issues look like.”

The contest, now in its fourth year, serves to inspire students to work in government service in a cybersecurity role.

“Cybersecurity and information assurance are main missions here at the NSA,” says Ryan Wilson, the NSA's Security Education Academic Liaison to Georgia Tech and a graduate of the MS-INFS program. “We look for [scenarios] that we can draw from in our classified documents and share freely to put our problems out there so students see the challenges we face. There’s never a dull moment.”

Results of the 2016 NSA Codebreaker Challenge were made public earlier this year. The next contest is expected to launch in August 2017.

Excerpts from the NSA's 2016 Codebreaker Challenge are listed below.

A military organization captured a laptop of a known explosives expert within a terrorist organization. Further analysis revealed that the laptop contained a debug version of the remote client interface used to communicate with the IEDs… Your task is to compute the SHA256 hash of the client binary and identify the source and destination TCP ports that it uses when connecting to an IED.

For this task, … identify the version string sent by the client software when initiating a connection to the IED and to determine the IP address of the undetonated IED from the packet capture.

…Analysts believe that this key file contains the information needed to authenticate to a real IED (somewhere in the field) and send commands to it. Presumably this test system was used to validate the software and key file before it was deployed to an actual IED. Since the key file appears to be encrypted, we are going to need your help to figure out a way to decrypt it…

… We do not have the secure token that corresponds to the device, but we still need to be able to authenticate to it with the correct code in order to disarm it. Your objective for this task is to figure out how to generate valid one-time codes and provide one that we can use to disarm the IED…

After disarming the IED, forward-deployed forensic analysts were able to recover several deleted files from the device. The most promising one appears to be the key generator program used to produce device specific keys… If you can find a weakness in how these keys are generated, then we could exploit this to generate valid one-time codes for any IED and remotely disarm it...

From the captured IED we also recovered the hardware driver that contains all the logic for arming/disarming/triggering the actual IED hardware… The driver appears to contain additional protections that might make analyzing it more difficult, so be on the lookout for code that might be trying to detect dynamic analysis tools. Your final task is to figure out a way to cause the trigger-before-arm condition and break the hardware…