Effective cybersecurity and privacy require good public policy in addition to good technology. Policy is a core research area for the Institute for Information Security & Privacy at Georgia Tech, led by Associate Director Peter Swire -- a professor, Atlanta-based attorney and nationally regarded expert who has twice served in the White House on these issues. Other prominent Georgia Tech professors leading national research in this area include Annie Antón, Hans Klein, and Milton Mueller.

Topics of research include:

2.) Recommendations of the Presidential Commission on Enhancing National Cybersecurity, which included Commissioner Annie Antón, chair of the School of Interactive Computing at Georgia Tech

3.) Rules for transfer of personal information between the European Union and the United States, in connection with continuing litigation and policy disputes about whether US legal protections are “adequate” under EU law

4.) Encryption and government access to the content of communications in transit and at rest, as discussed in this Senate testimony

5.) Private-sector use of information, including in connection with Internet Service Providers, as the privacy rules come under continuing debate at the Federal Communications Commission

6.) Smart cities and smart campus initiatives, to ensure privacy and security for the Internet of Things, especially the devices we use to communicate our well-being

7.) Internet Governance Project, hosted by the School of Public Policy, to conduct research and policy analysis on the relationship between cybersecurity and global Internet governance

8.) Governance of BGP Routing Security and its susceptibility to both errors and attacks

The views expressed here are those of the authors and not necessarily those of the Institute for Information Security and Privacy or Georgia Tech.

April 25, 2018
Peter Swire was named a 2018 Andrew Carnegie Fellow to study “Protecting Human Rights and National Security in the New Era of Data Nationalism.” The new project, with $200,000 in research funding, builds upon the Cross-Border Requests for Data Project, and will explore a broader range of issues on the new era of “data nationalism,” the escalating actions by nations to control the flow of data, especially personal data, from one country to another.

Mar. 21, 2018
Jennifer Daskal & Peter Swire opine in Lawfare that the United States may lose its current bargaining position in a future without the CLOUD Act, when more of the world’s data will lie outside of our country and subject to legal standards that we cannot influence.

Mar. 14, 2018
Jennifer Daskal & Peter Swire explain in Lawfare that -- contrary to criticism of the bill -- the CLOUD Act requires an “impressively long list” of privacy safeguards and unprecedented power to monitor how foreign governments handle requested data after receiving it.

Jan. 16, 2018
As retailers gather more customer data to support targeted sales, Peter Swire explains to the Washington Post that some data -- such as body measurements -- could be interpreted as medical data and perhaps should require the same safeguards as medical records.

Dec. 28, 2017
Consumers whose data is stolen during company breaches struggle to recover their losses. Peter Swire weighs in at the Washington Times.

Nov. 9, 2017
Peter Swire explains the latest debate over security and privacy to Here and Now, National Public Radio, following FBI attempts to unlock the mobile phone used by a suspect in the Sutherland Springs, Texas shooting.

June 23, 2017
Peter Swire tells the Los Angeles Times what a change to Google's practice of email scanning will mean for healthcare privacy and cybersecurity.

June 7, 2017
Peter Swire delivers an op-ed about the danger that exists when a government attempts to create mandatory backdoors into technology and the need to improve what is called the “vulnerabilities equities process” (VEP).

June 6, 2017
Milton Mueller, Professor in the School of Public Policy, participated in a discussion at the D.C. think tank New America about his new book, "Will the Internet Fragment?: Sovereignty, Globalization and Cyberspace." The discussion focused on the current global structures and policies that govern the internet and future needs to ensure continued innovation.

June 5, 2017
Jesse Woo, attorney and privacy research associate at Georgia Tech, talks to The Policy Scout about how to protect yourself from intrusive technology and why privacy is a bigger deal than we'd all like to admit.

May 22-June 16, 2017
Following the Georgia Tech conference -- Surveillance, Privacy, and Data Across Borders: Trans-Atlantic Perspectives, held April 18, 2017 -- participants developed a six-part series of articles with LawfareBlog.com about the discussion and outcomes related to cross-border requests for data.

May 16, 2017
IEEE Spectrum asks Hans Klein how international public policy could evolve in the aftermath of the "WannaCry" cyberattack.

May 1, 2017
Rep. Tom Graves (R-Ga.) and Georgia Tech hosted a discussion for Atlanta's info-sec community about draft legislation that would allow individuals or private corporations to "hack back" against cyberattacks. Faculty -- including Hans Klein, Wenke Lee, Milton Mueller and Peter Swire -- shared international implications and domestic considerations for such legislation.

Apr. 18, 2017
Peter Swire explains why CISOs should care about privacy law developments in the European Union.

Mar. 30, 2017
Peter Swire comments on an FCC rule change to abandon restrictions against Internet Service Providers and now enables them instead to develop competitive ad networks.

Mar. 29, 2017
Milton Mueller, a professor in the Ivan Allen College School of Public Policy, presented at the Centre for European Policy Studies in Brussels on March 29, 2017. View his presentation slides.

Mar. 2, 2017
Peter Swire co-authors an article in Lawfare about a practical path forward for data-sharing policies between India and the United States.

Jan. 24, 2017
Professor Milton Mueller discusses cybersecurity as an Internet governance problem at the annual "State of the Net" conference sponsored by the Congressional Internet Caucus.

Dec. 19, 2016
Professor and Chair Annie Antón, who recently served as one of 12 commissioners for the President Obama's Commission on Enhancing National Cybersecurity, tells WABE-FM NPR Atlanta (NPR audio) how the education community should respond to the dire need for cybersecurity professionals.

Dec. 2, 2016
Professor and Chair Annie Antón co-authors policy recommendations to the U.S. President as one of 12 commissioners for the Commission on Enhancing National Cybersecurity. Read her analysis and the report.

May 27, 2016
California Technology Council: A Conversation with Peter Swire regarding proposed rulemaking by the Federal Communications Commission

Dec. 18, 2015
White Paper: U.S. Surveillance Law, Safe Harbor, and Reforms Since 2013
Submitted to the Belgian Privacy Authority for its forum, "The Consequences of the Judgment in the Schrems Case." 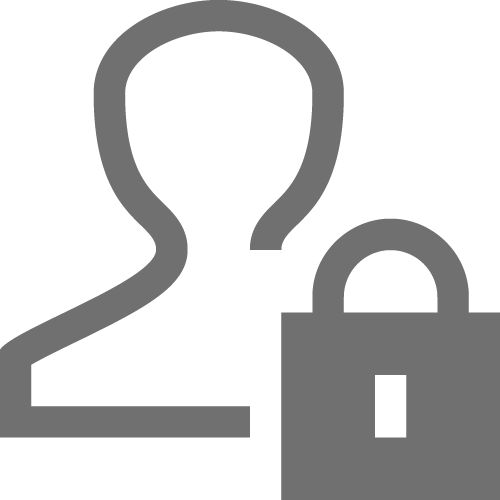 How should the private sector use personal information? Should the government be able to access communication in transit or at rest?